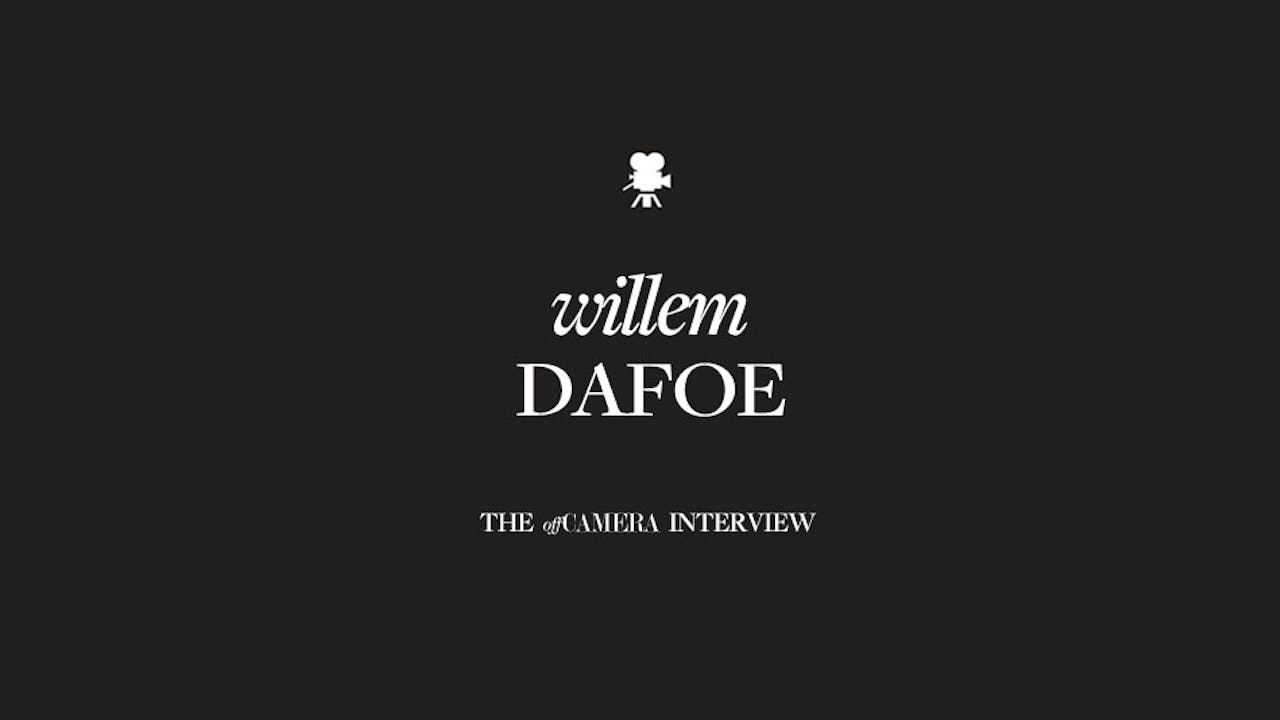 Willem Dafoe is an actor who often seems a million miles from Hollywood, no matter where he is. It’s apparent in the roles he’s chosen, and how he’s chosen to play them. He’ll take Tanzania or a desolate Florida motel strip over a sound stage any day. He’ll show you the good side of a bad guy. And once he falls in love with an idea or a world, he’s all in. “There’s a pleasure to having someone tell me what they want to express or what they’re interested in, and then sending me in there like an explorer.” And that journey is only risky if it’s not risky. “If it’s scary, you’re trying something. Something will happen. Something will be learned. If you already know what something is, that’ll kill you creatively.“ Few actors with careers as long and respected as his are lucky enough to still be a bit terrified. Few actors are Willem Dafoe.