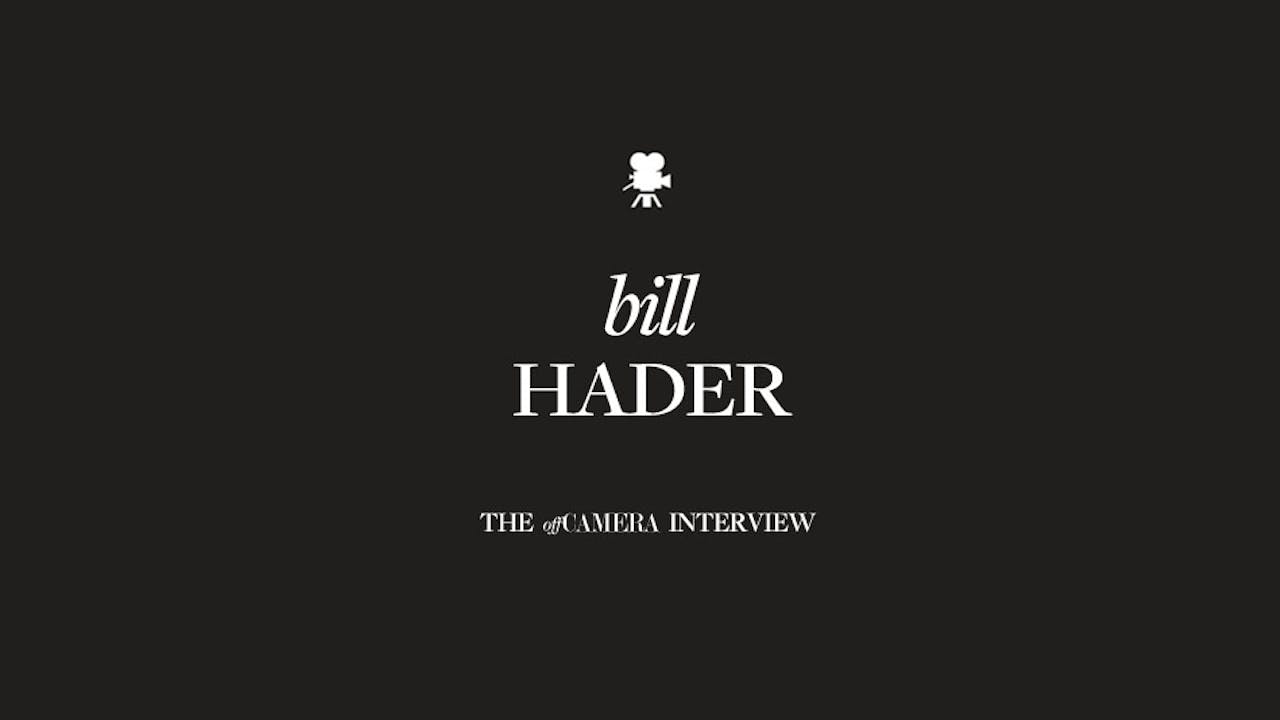 As a high school kid growing up in Oklahoma, Bill Hader received a progress report from his French teacher that had remarkable foresight: “Bill is very funny in class. He’ll probably be on Saturday Night Live one day. He has a 37% in class though. He will not be speaking French.”

Bill had a natural gift for doing voices and impressions, and years later, he would indeed join SNL. For eight years, he brought memorable characters to life, including fan-favorites like his exasperated Vincent Price, the lecherous Italian Vinny Veducci, and Weekend Update correspondent Stefon. As one of the most talented cast members on the show, it’s hard to believe Bill when he tells me that it was never his dream to be on Saturday Night Live.

After his eight-year stint on SNL and roles in a number of films (The Skeleton Twins, Trainwreck, Inside Out), Bill’s finally realizing his dream with Barry, his upcoming HBO show about a hitman who really wants to be an actor. Bill directs, writes, and stars in the show, and because he favors truthfulness over funny gags, it’s one of the most unique shows on television: “In comedy, it’s so easy to come up with gags and little bits. It’s a lot harder to make a person’s emotional journey make sense.”

Bill Hader joins Off Camera to discuss storytelling in Barry, struggling with anxiety on SNL, why he waited so long to pursue his dream to become a filmmaker, and why everyone in town thought he was on drugs in high school.