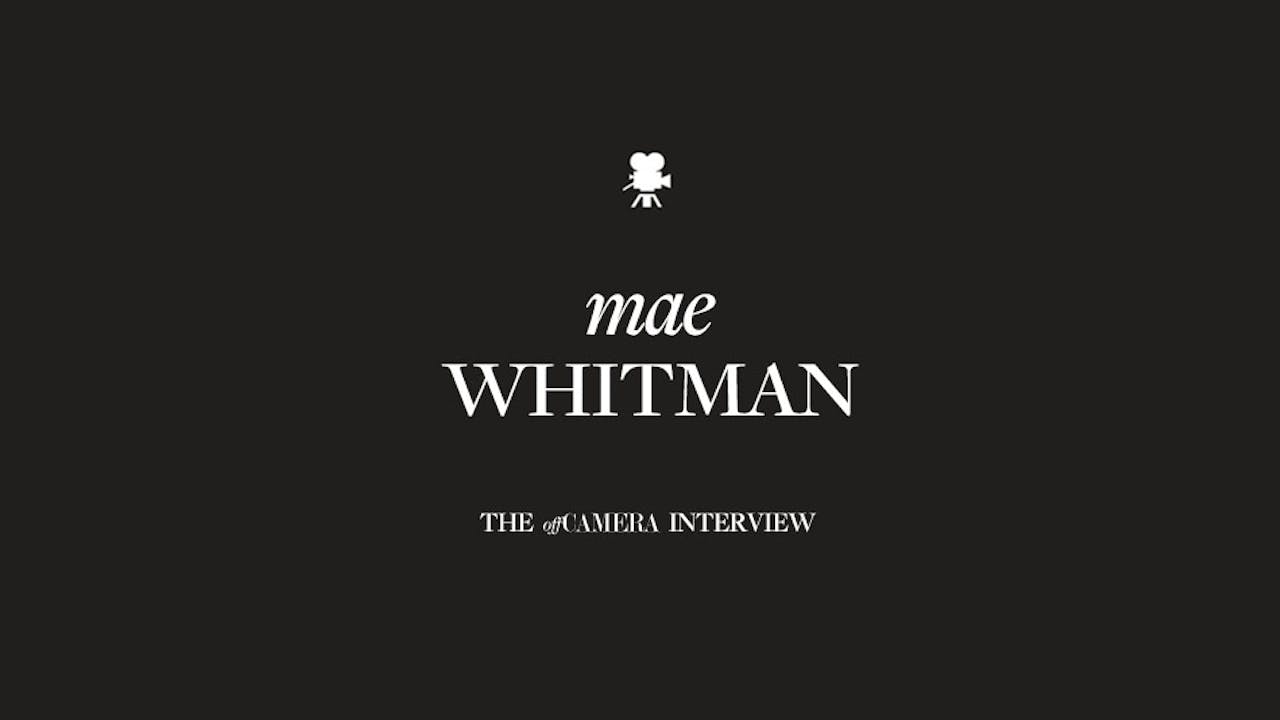 Mae Whitman started her career in tears. As a two-year-old, Mae accompanied her mother, a successful voice actress, to one of her auditions which was cut short when Mae burst into the room crying. The casting folks were sold and said, “Hey, she’s really cute. Does she want to be in a commercial?” Within a few years, Mae had landed a role in the blockbuster action film Independence Day and was witnessing the magic of moviemaking for herself.

Though she had an early start as an actor, her life wasn’t always easy. In high school, Mae was bullied, and eating lunch in the bathroom seemed like the best way to escape the incessant criticism and gossip. As Mae says, “It was truly a challenge to be in this adult world of acting, and then enter back into the world of school, stress, and kid stuff.”

For someone who had such a tough time at school, it’s ironic that even a decade post-graduation, Mae Whitman still found herself in cinematic high school, often playing the well-adjusted teenager with the weight of the world on her shoulders in projects like Parenthood and The DUFF. As great as she was in these roles, it is refreshing to now see Mae take on adulthood, motherhood, (and burglary) in NBC’s new series Good Girls. What’s it like to finally act her age? Mae fills us in.

Join my Off Camera conversation with Mae as we discuss why she’s stalking Taylor Kitsch (a.k.a. Tim Riggins of Friday Night Lights), how a career in acting is really a test of endurance, and why she fears she might be a “secret monster.”