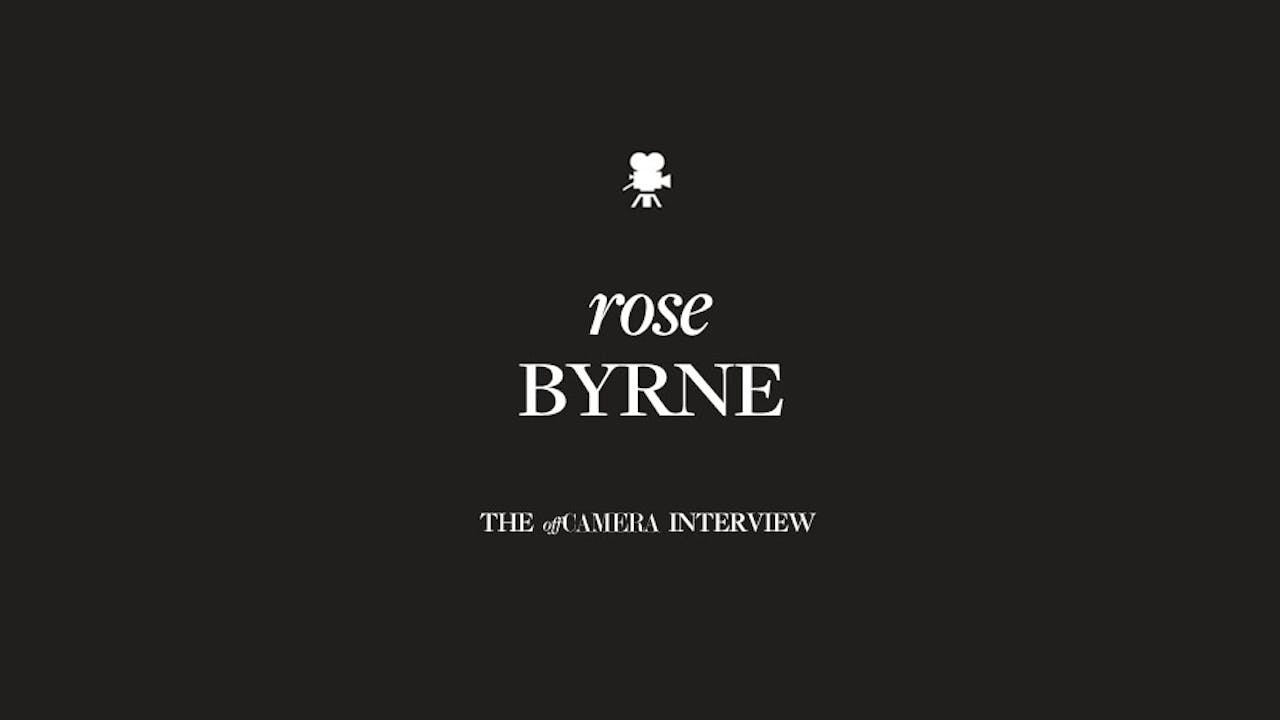 Even with all of her success, Rose Byrne still spent years of her career wailing and breaking down in audition rooms. As she says, “Women often have to start with a break down scene in auditions. Do guys have to do this? No. It’s such a cliché, but it’s always crying…or she’s got her top off. The classic hits of what the female character’s doing.”

Luckily, Rose hasn’t been limited to those “classic hits.” Her break out performance in America came opposite Glenn Close in FX’s thrilling legal drama series Damages, a show that was ahead of its time with two strong female protagonists. Since then, she’s flourished in big budget comedies like the female-centric films Bridesmaids and Spy, and she’s shown off her “rowdy Aussie” side (not the stereotypical woman-as-buzzkill-in-comedy side) in Neighbors, opposite Seth Rogan.

Her most recent film is Juliet, Naked, a small film based on the Nick Hornby novel of the same name. Shooting a small film in a quiet, seaside village in England is a big change from big budget Hollywood, but the experience is quite familiar to Rose, bringing her back to her Australian roots.

Reflecting back on where she’s come from is a theme for Rose, especially when she’s struggling to maintain a “thick skin” after rejection or when the harsh self-critic is a little too loud in her head. After taking some advice from a friend, Rose agrees, “You have to look back and look how far you’ve come, because it’s the only way you can give yourself a break.” Indeed.

Rose joins Off Camera to discuss the most challenging aspect of being an actress in the public eye, how following her intuition serves her well as an actor, and why a successful comedy film like Bridesmaids is really just lightning in a bottle.