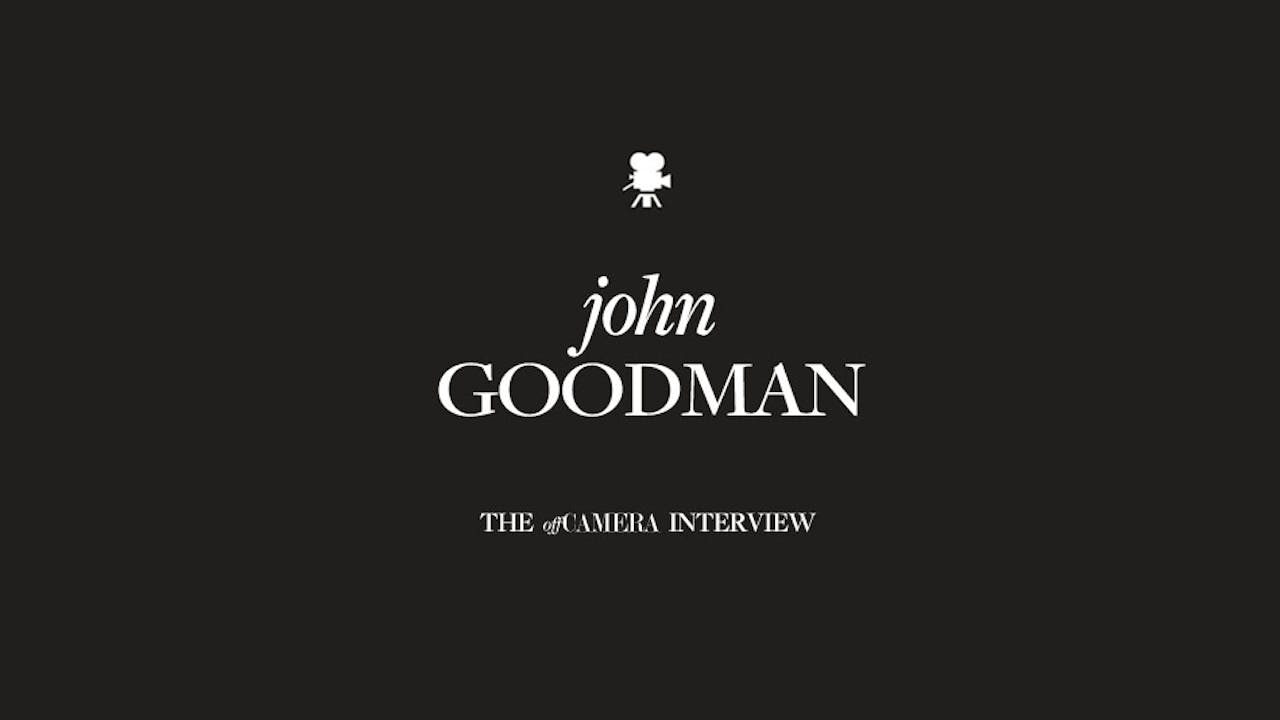 John Goodman wasn’t always the imposing presence he is today, but he's always had his charisma. As an eighth grader in Missouri, John charmed the “hard guys” in school with a spot-on Gomer Pyle impression so they would protect him. As he explains, “I was a little fat kid. I had the glasses with the tape in the middle. I was nerdy, man.”

Heavily influenced by Marlon Brando and captivated by the language of Shakespeare, John discovered his dream to become an actor and left the Midwest to make it happen. After a stint as Thomas Jefferson in a dinner theater rendition of 1776, John found commercial success in New York City, but his career really took off when Roseanne came along in the late ‘80s. He’s also been a fixture in Coen brothers’ movies (Raising Arizona, Barton Fink, The Big Lebowski, and more), bringing his characteristic physicality to roles that simmer with an explosive energy. Exhibit A—screaming obscenities and beating the bejesus out of a Corvette with a crow bar in The Big Lebowski.

That on-screen volatility was also present in John’s off-screen life. Decades of heavy drinking forced John to confront his demons, and as a self-described “egomaniac with an inferiority complex,” he has come out the other side with humility, grace, and an endearingly self-deprecating sense of humor. His perspective on his life and career is downright fascinating.

John brings candor and wit to our Off Camera conversation. We discuss why “everything is on the page” with the Coen brothers, how Roseanne came back after a 21-year hiatus, why John looked for trouble in Central Park, and how the movie Animal House was a terrible influence on him.