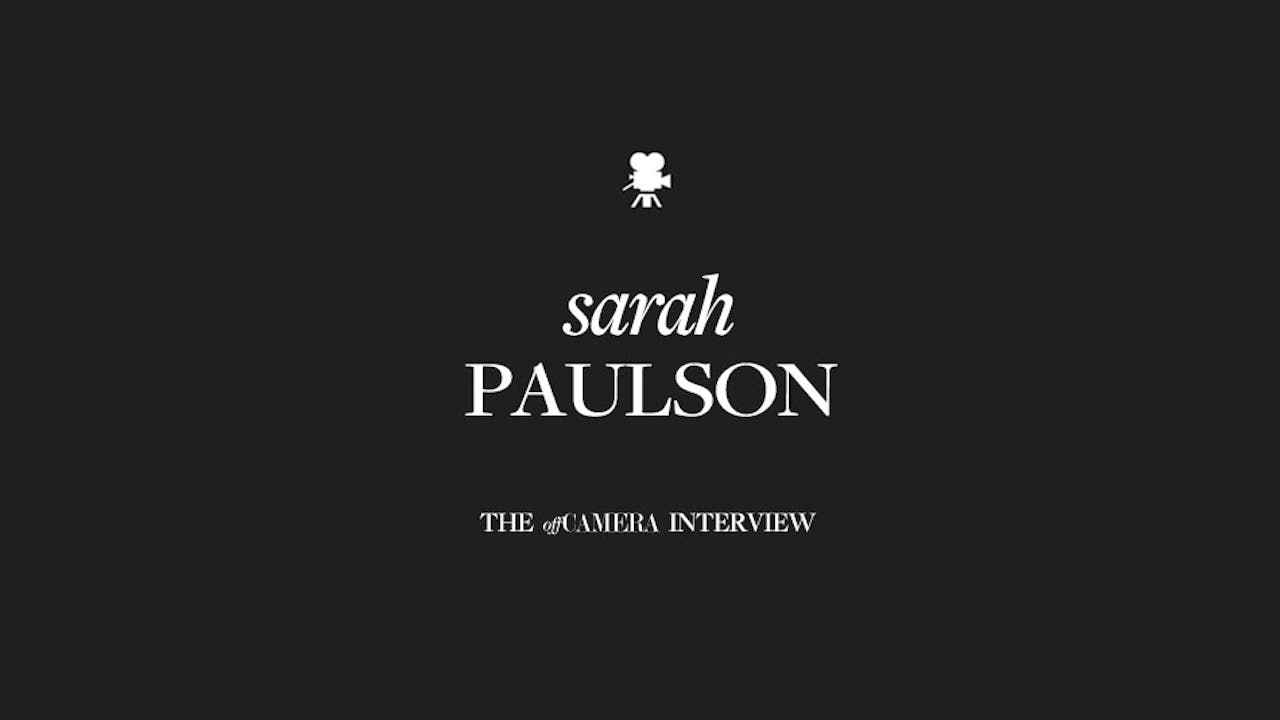 From the outside, it would appear that Sarah Paulson, after her Emmy award-winning performance as prosecutor Marcia Clark in The People v. O.J. Simpson, has "made it." She's got a role in Ocean's 8, her first "big sh**-kicker, popcorn movie,” and has the luxury of sifting through multiple film and television offers to choose a part that “sparks something inside of her.” What more could an actor want?

But that's exactly the problem for Sarah. She wants the want. Without it, she finds herself in a bit of an identity crisis. She wants to fight for roles and be challenged by an acting part that requires total commitment. As she explains, “Before Marcia Clark, I was full of all that want. I don’t have that anymore.”

The road to this point was not an easy one for Sarah. She never had her Cannes or Sundance moment like peers Carey Mulligan or Maggie Gyllenhaal. She fought hard for many pilots that never saw the light of day. When she did get her big break, on Aaron Sorkin’s Studio 60 on the Sunset Strip, it was cancelled after one season. Luckily, Ryan Murphy eventually came into her life. The prolific producer, writer, and director saw Sarah’s unique talent of being able to completely disappear into characters, and immediately started casting her in projects like The People v. O.J. Simpson and American Horror Story. She's finally being seen, and she gives full credit to Murphy for continuing to throw her "the juiciest, meatiest bones on the planet." And lucky for us, she’s still hungry.

Sarah joins Off Camera to discuss why being an actor (or a person, for that matter) is not for the faint of heart, what's behind her decision not to watch her own performances, and why you’d better not fall asleep on a plane!