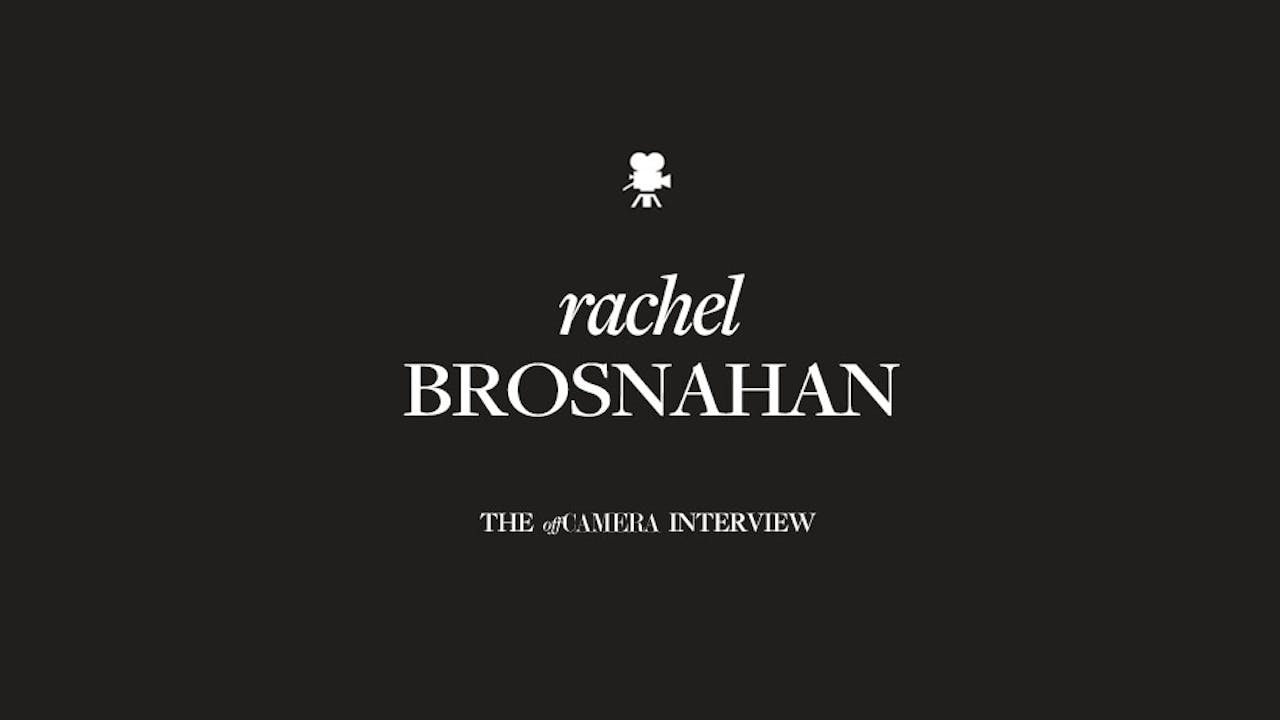 Ever since she was a little girl traveling back and forth between Chicago and London with a carry-on bag filled with books, Rachel Brosnahan has been a lover of storytelling. Eventually, the joy of entering the world of fantasy and exploring her imagination opened Rachel’s eyes to the performing arts. By the time she applied to college, becoming an actress was her goal, despite the concerns of her parents. As Rachel says, “Nobody wants their kid to come home and say, ‘Mom, Dad, I’m going to be an actor.’ My parents were terrified. They were like, ‘But you’re so smart! Please do something else.’”

Rachel wouldn’t budge from her dream, but the resistance from her parents served her well, and fostered a sense of independence and determination. As she says, “If you tell me I can’t, I’m going to do it, and I’m going to go all the way.” That focus paid off. After four years at NYU’s prestigious Tisch School, Rachel landed a role in Netflix’s hit series House of Cards as the mysterious call-girl Rachel Posner. What was originally a two-episode commitment turned into a reoccurring role and a launching pad for Rachel's career, including projects like Manhattan and most recently, The Marvelous Mrs. Maisel, for which she won a Golden Globe.

As Midge Maisel, Rachel takes on her first lead role as a housewife who accidentally discovers she is a comedian in 1950’s New York City. The role required a deep commitment into research about the era, feminism, and stand up comedy, which came with a fair amount of discomfort. As Rachel says, “When I really love something, I’m the most anxious about it and feel the most vulnerable doing it. I feel fulfilled and petrified simultaneously, and it’s the best feeling.” That’s why Rachel believes suffering for her art is a necessary part of the process because if “[she] doesn’t feel absolutely terrible, it’s probably not very good.” She did draw the line at actually performing stand up, however, explaining that if she was playing a doctor, she wouldn’t actually perform surgery as part of her research. Fair point.

Rachel joins Off Camera to discuss why it's so difficult to teach art, the depths she’ll go to research and mine a character, and what really happens between chapter 3 and chapter 4.