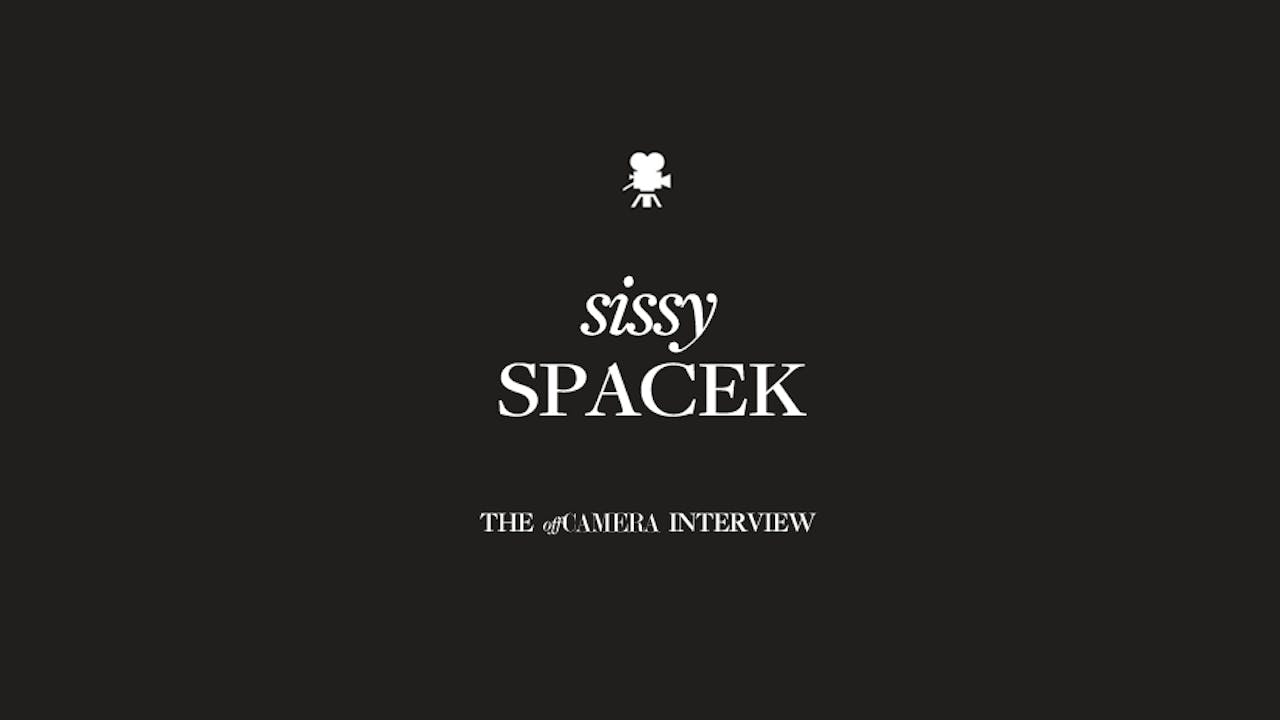 Growing up, award-winning actress Sissy Spacek sang and danced her way through small town Texas talent shows, eventually realizing she was too big a fish for her small pond. By the time she was a teenager, Sissy set her sights on the music industry in New York City at the expense of a college education. “I went on a trip to New York, and I made friends who, at 14 years old, were top models and already working. I thought, ‘Oh god, I’m missing the boat! I’m getting old—I’ve got to get started.’”

Sissy was searching for a creative experience more than anything, so when her music career failed to take off (“We like you, but you sound like an artist we already have. Her name’s Loretta Lynn.”), she was grateful that it opened doors for a career in acting—something she realized was equally fulfilling. “You know how you lose yourself in music? I remember singing to a thousand people and coming back into my body. It’s that idea of being swept away, getting lost in the creative process. And when I started acting, getting swept away by a scene, I realized it was the same thing.”

She didn’t have to wait long to feel that way. Her second job was Terrence Malick’s 1973 film Badlands, and while she was falling in love with the creative process of filmmaking, which included things like falling asleep on set to wake up in character and chasing a breathtaking full moon for Malick’s perfect shot, she was also falling in love with her future husband Jack Fisk, a production designer on the film.

Badlands set the bar high, but Sissy still marvels at the mysteriousness of the creative process and why/how it works. Even more remarkable—after such a long, acclaimed career, she still gets “swept away” by a powerful scene and a great character.

Sissy joins Off Camera to talk about the life-changing role that she never wanted to let go, experiencing the “Robert Redford effect” for the first time in her new film Old Man and the Gun, and why it’s so important for her, as an artist, to live in the real world.