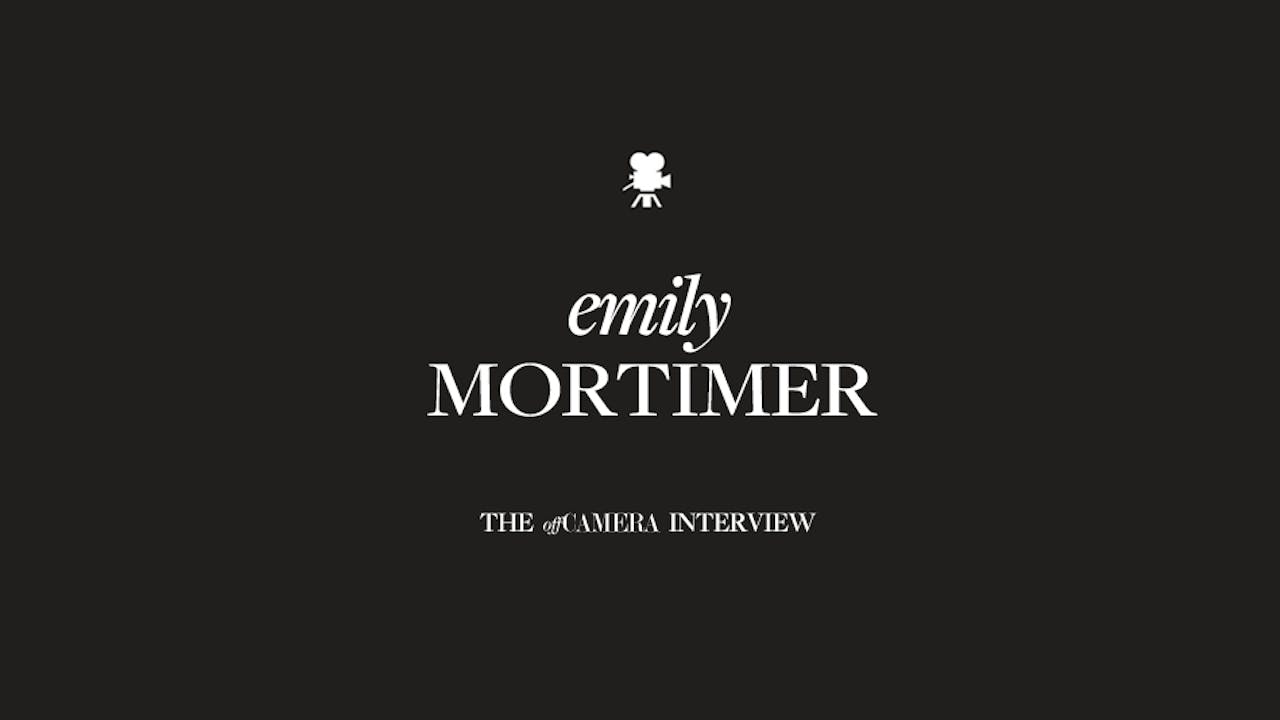 It’s hard to believe that a person who chooses to be an actor, a profession ripe with exposure and vulnerability, can also be painfully shy at the same time, but that was the reality for a young Emily Mortimer, who couldn’t even raise her hand in class without blushing. However, Emily handles fear different than most—instead of avoiding the things she’s most afraid of, she dives in head first. “I couldn’t just be a little less shy; I had to do the bravest possible thing in front of the most amount of people to overcome that feeling.”

It took some more bravery from Emily to truly commit to an acting career. As an Oxford educated woman who was fluent in multiple languages, acting seemed “a bit frivolous, not a proper job,” and because she wasn’t classically trained as an actor, she felt a bit like a fraud. It wasn’t until she got the role in Nicole Holofcener’s acclaimed Lovely and Amazing, that the whole career started to make sense—it just took one incredibly emotionally and physically exposing scene to get her there. “I was standing there butt naked for minutes while this man analyzed my body, and there was no dividing line between me and my character. I finally understood what actors meant when they said ‘being in the moment.’ I could feel it.”

Since then, she’s amassed an outstanding body of work in projects like The Newsroom, Shutter Island, Transsiberian, and more. She also co-wrote and co-starred in the miniseries Doll & Em, loosely based on her life and experiences in the acting business. These days she’s back on the big screen in the timely reboot Mary Poppins Returns to show us why at this juncture in history, we all could use a little Mary Poppins in our lives.

Emily joins Off Camera to talk about how real genius lies inside your inner child, about how a film set can make you paranoid, and why having a catchphrase isn’t always a good thing.