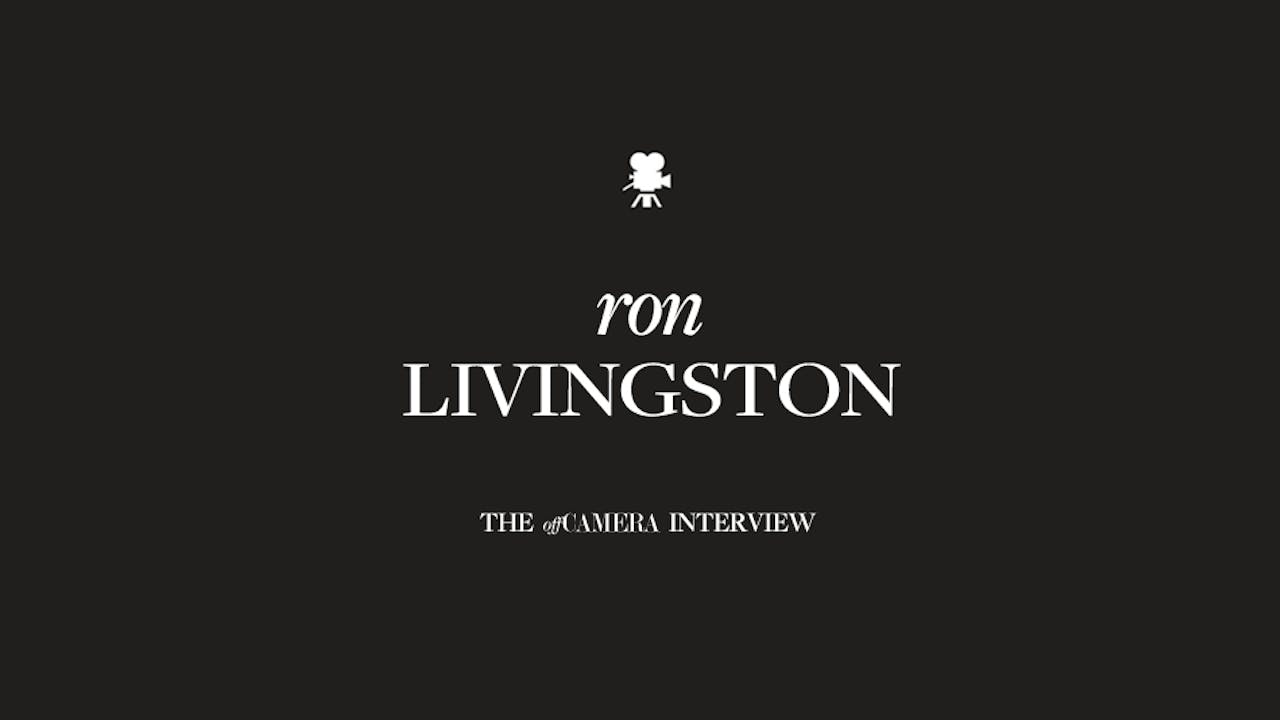 When Ron Livingston was a kid growing up in Iowa, he watched movies with the belief that being an actor meant you were transported to and fully immersed in the environment of the film. “I watched Star Wars and thought the actors were actually going into space and flying the Millennium Falcon.” Ron eventually discovered this thing called a “green screen,” but his desire to act and be fully immersed in the experience didn’t go away.

A combination of talent and hard work, fueled by a (mostly) healthy dose of self-criticism, forged Ron’s career in projects like Office Space, Swingers, and Sex and the City. But it wasn’t until he was on set of Steven Spielberg’s Band of Brothers, surrounded by military tanks, explosions, and everything else a solider in a war zone might encounter, that Ron could look around and say, “When I was a kid, this is what I thought being an actor would be like.”

Removing the artifice is a theme with Ron, because the less he has to act and pretend, the more he can focus on being in the moment. “All I try to worry about is showing up and being a real person. Ideally, yourself.” He’s taken that mindset to his most recent role in the dark comedy series Loudermilk as a former music critic and grumpy recovering alcoholic. His technique for getting into character? Going to some real-life AA meetings and going dry while he’s working on the show. “It makes that extra little bit miserable for those three months.” Perfect for a character like Sam Loudermilk.

Ron joins Off Camera to talk about learning to listen to his instincts, why his self-critical voice is a blessing as well as a curse, and why his sleeping reel is so strong.