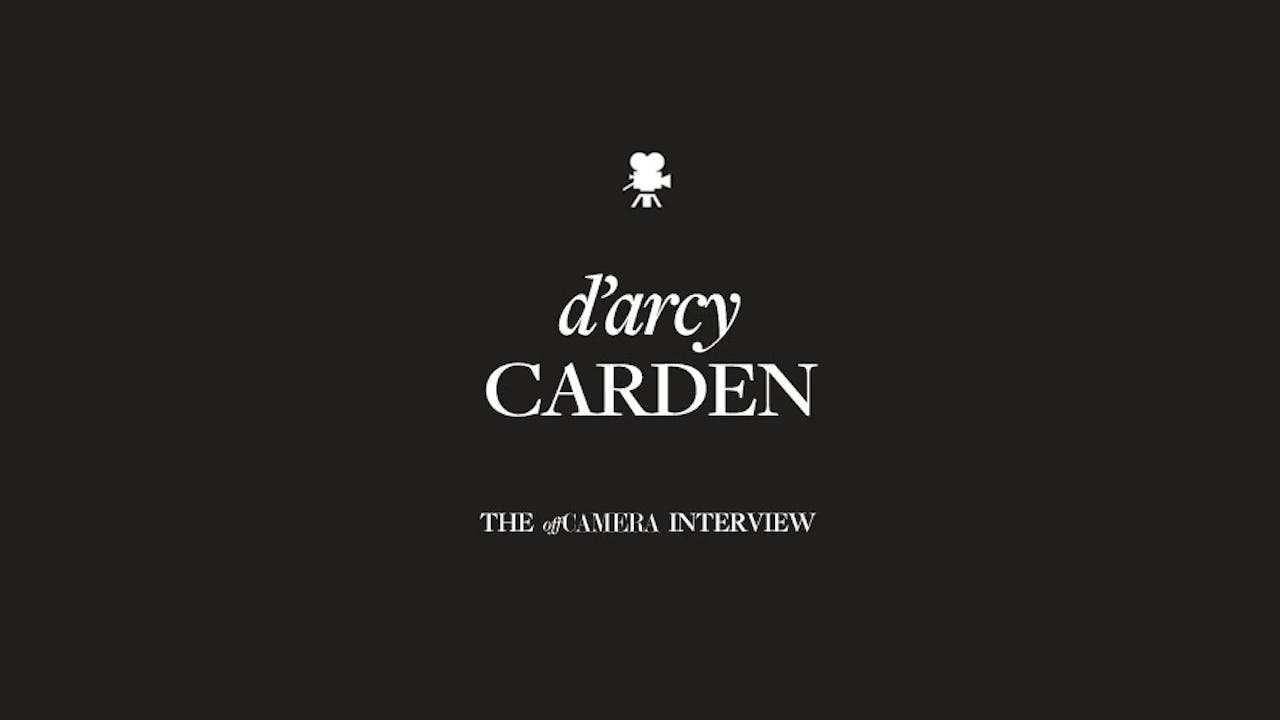 You may know D’Arcy Carden as the lovable, all-knowing, not-quite-robot-not-quite-human entity Janet on The Good Place, and while she may not know everything in real life, she certainly knew she wanted to act from the moment she saw her father in a local production of Thorton Wilder’s Our Town.

By the time she was nine, D’Arcy had her mind set on child acting, and she tried to make her case to her father. But he didn’t buy her “I can handle it” argument, and instead, she was forced to pursue acting at school until she graduated. It was a compromise she didn’t want to make—“You’re ruining my life!” was D’Arcy’s initial reaction. But in retrospect, she wouldn’t have it any other way, proving that sometimes, parents do know whats best. (that last line was directed at my children).

The struggles started soon after she graduated college and moved to New York City to conquer Broadway. “I shared a two-bedroom apartment with four, sometimes five people. I never had a dollar in New York, and I lived there for ten years. I kept auditioning, but I quickly realized, ‘It’s not going to happen right now. What the hell do I do?’” But through it all, she still tried to make a career out of acting, taking any job she could get, which often felt less like acting, and more like acting adjacent. This included being a temp, a waitress, a nanny, an extra, and even a tour guide.

But it took seeing an Upright Citizens Brigade show for D’Arcy to really find her place. “I was sitting in the front row at UCB’s ASSSSCAT show, and the cast was Amy Peohler, Seth Meyers, Jason Mantzoukas, and Rob Riggle. An incredible cast. And something electric happened—it was this weird religious moment where everything came together and revealed the clearest path. I realized, ‘I don’t care what I do for the rest of my life, I want that. I want to be on stage with these people.’”

D’Arcy immediately started taking improv classes, and discovered her authentic self by risking failure night after night. Over time, she gradually moved up the ladder at UCB, which ultimately opened up opportunities for television work, including her big break on Comedy Central’s Broad City. These days, she’s stealing the show on two critically-acclaimed television series: The Good Place and Barry. It turns out that nine-year-old D’Arcy was right—she really can handle the life of an actor, and she can only go up from here.

D’Arcy joins Off Camera to talk about the secret mantra that keeps her confidence going, the college professor who told her she wasn’t “dark enough” to be a real actor, and why you should always be nice to the interns at UCB.