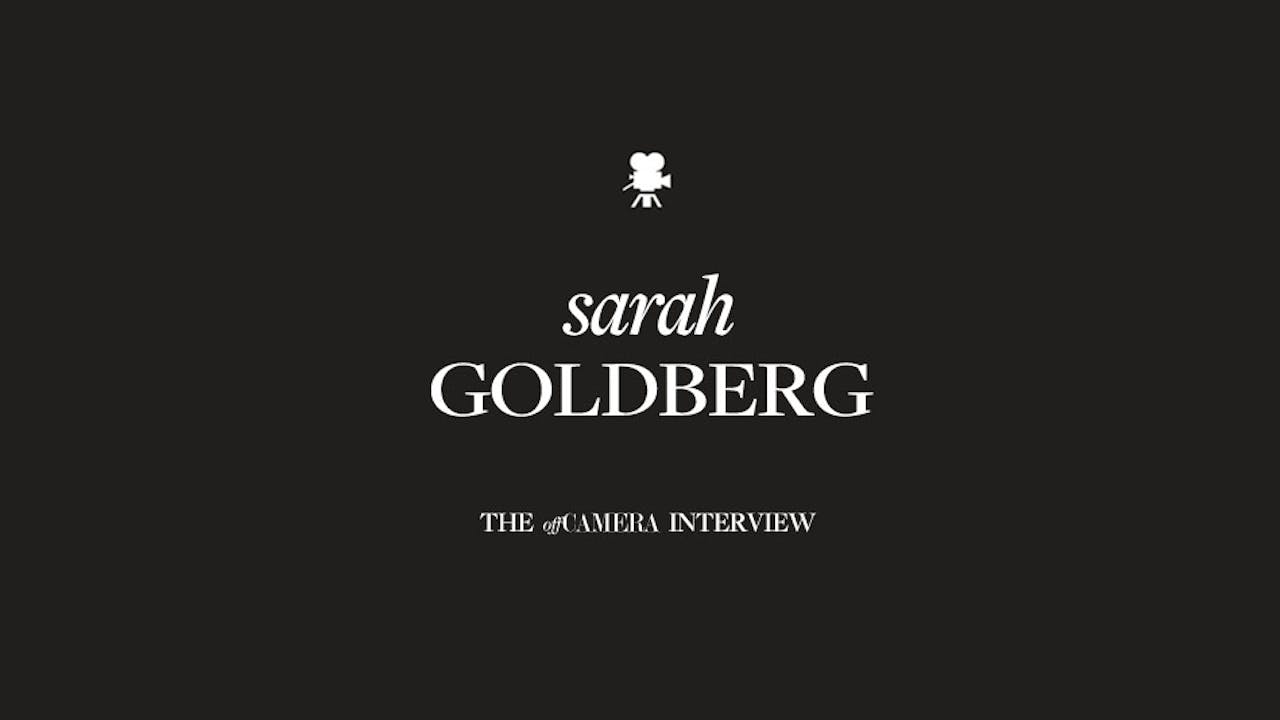 All it took for Canadian-born actress Sarah Goldberg to realize she wanted to become an actor was a preschool production of The Owl and the Pussycat. And as she got older, the joy of acting in plays only intensified: “I discovered that being on stage is this point in time where everything goes quiet, and you’re completely free.” With that passion for the craft driving her, Sarah headed off for London to hit the boards as soon as she could leave home.After graduating from the London Academy of Music and Drama, Sarah found immediate success, booking a part in a play at the Young Vic Theatre, but it was the insecurity during the down time between jobs that she had the hardest time adjusting to. “Acting is a glorious job when you’re working. The job itself is a joy. We’re adult humans who dress up and play make-believe for money. But all the stuff around the job is really tough, like being unemployed for long stretches and being exposed in certain ways.”Sarah moved to New York, leaving the relative security of London’s West End for a shot at a film and television career. Instead she found herself doing any job she could to stay afloat and pay her rent, including video game voiceover work and Best Buy employee training videos. One particularly tough lull between jobs in 2016 was the straw that nearly broke the camel’s back. Sarah, very much unemployed, was sitting in her bathrobe at 3PM considering her career options when she got the call that would change her life. She was cast opposite Bill Hader in HBO’s Barry, the critically acclaimed, Emmy award winning series. And with Barry now getting picked up for a third season, Sarah not only gets another year of stability on a successful television show, she also gets to bask in the joy of playing a real, complex woman.Sarah joins Off Camera to talk about her most embarrassing audition story, about the Julianne Moore advice that completely altered the way she regards her job, and why being number two on the call sheet can be a good or bad thing.