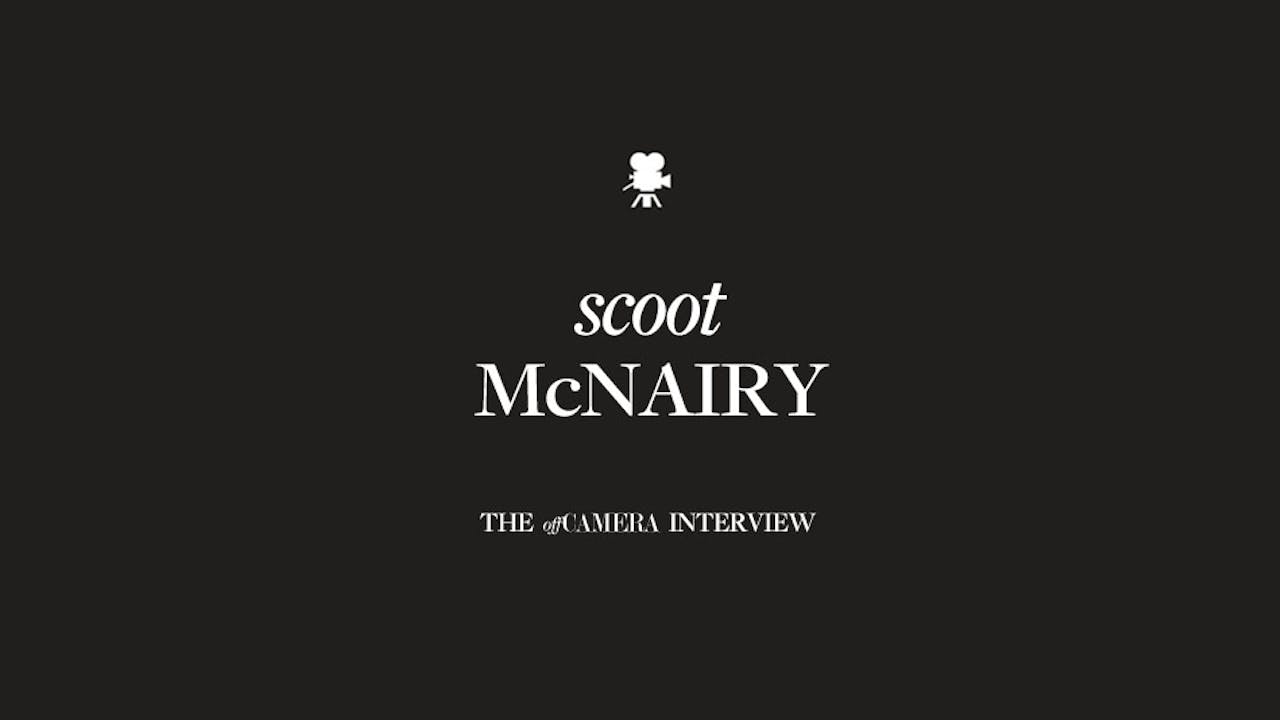 If Scoot McNairy hadn’t found acting, it’s possible he’d be mowing lawns for a living. Scoot grew up relishing the outdoors of his native Texas, and started his own landscaping company at age 13 to make some spending money. Towards the end of high school, he had some thinking to do about his future. Since he was dyslexic, college seemed out of the question, so one day, his father asked, “What is the one thing that you could do every single day, that would get you up and out of bed, that would make you want to go to work?” Scoot’s answer: being on a movie set.Aside from being outdoors, Scoot’s other great passion was watching movies. He was fascinated by the magic of it all. And as a kid who loved to take things apart, he wanted to know how everything worked. He decided to move to Los Angeles for film school but got relatively little out of it, and felt like he needed hands-on experience on a movie set. Scoot’s fastest way in was getting work as a background actor, also known as an extra. “I swear I learned more in two weeks as a background actor on The Practice than I did in the entire year I went to film school.”Background work turned to commercial work which eventually turned to acting in television and film—thanks to an acting teacher who politely kicked him out of class so he’d start auditioning for roles instead of compulsively going to class. Because of his unconventional education, he approaches his job from a unique angle, creating very real and emotional performances in projects like Halt and Catch Fire, True Detective, Narcos, and the upcoming Quentin Tarantino film Once Upon a Time in Hollywood.Scoot joins Off Camera to talk about the dark place he had to live in to embody his True Detective character, how growing up with a learning disability helped him embrace failure, and why the only time his heart beats at a normal rate is on a motorcycle.