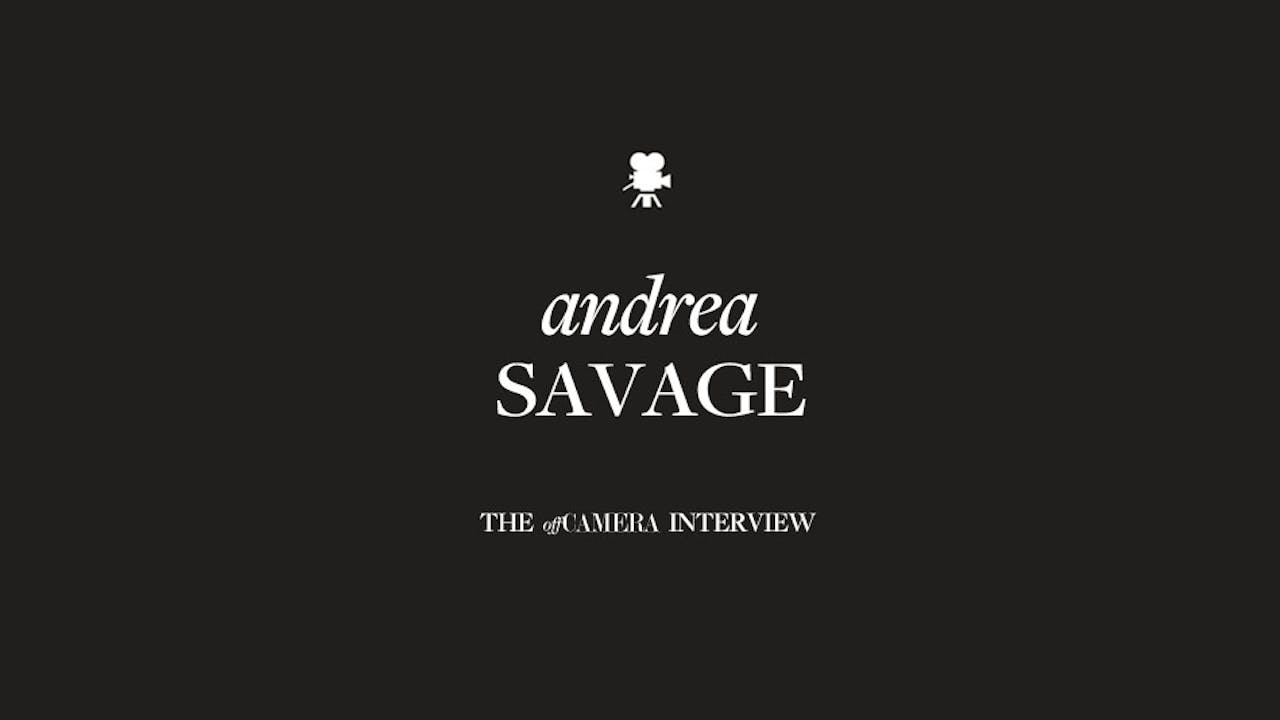 If you haven’t seen Andrea Savage’s comedy series I’m Sorry, you should…just be prepared to laugh your butt off. As the creator, writer, and star of the series, Andrea does it all—which makes sense since the show is based on her own experiences being a comedian, wife and mom. But it is also a show about us. Andrea has found the universal truths of being a parent while being a working artist, and her observational powers reveal the absurdity and pathos in our own lives.For years, Andrea was stuck in development hell. She had a stable acting career with roles in Step Brothers, Episodes, and Veep, but true to her improv and Groundlings background, Andrea wanted to write and create as well. She was pumping out pilot scripts and selling them, but they weren’t getting made. As she says, “It was heartbreak after heartbreak of putting your all into a project, getting good notes, and then nothing. It was always the bridesmaid, never the bride.” When Andrea turned 40, the self-described “successful failure” decided to change her approach with I’m Sorry. She put together a crew with some help from her talented friends Judy Greer and Jason Mantzoukas, and she filmed her own pilot presentation.Andrea figured out that she needed to show her vision, because her story was nuanced and personal, not full of big jokes that jumped off the page. The approach worked like gangbusters. Her presentation became the first episode of the show and established her as a creator, showrunner, director, and a force to be reckoned with. As she says, “I literally just willed it to happen.”Andrea joins Off Camera to talk about why her writer’s room is better than therapy, why her lack of darkness makes her question her comedy bonafides, and her dedication to being a “joke shepherd.”