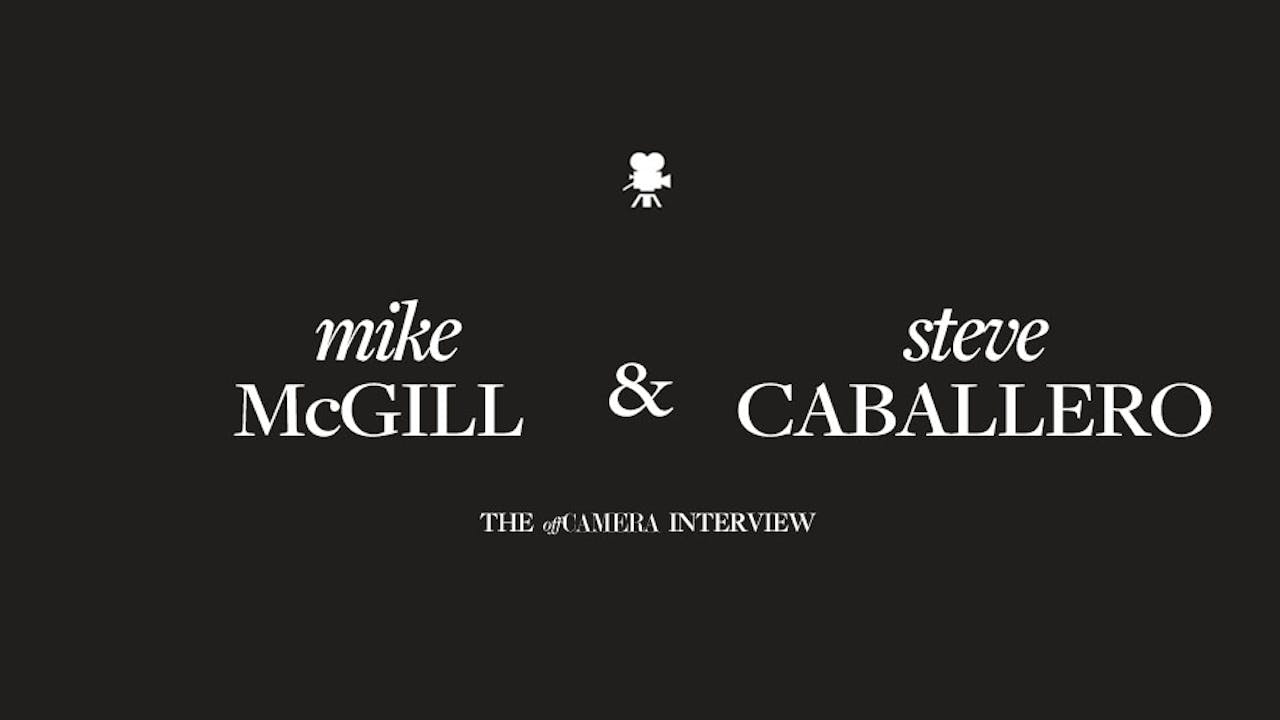 Well folks, you are in for a treat this week, especially if you are a skateboarder. Mike McGill and Steve Caballero were two of the founding members of the most famous skateboard team in history, the Bones Brigade, founded by legendary skater Stacy Peralta, who had a knack for scouting young talent. As a kid growing up in Fullerton, California, skateboarding was my passion, and I witnessed both of these guys change the sport I loved from a street corner pursuit to a worldwide phenomenon that has influenced popular culture, changed our athletic landscape, and is now, unbelievably, an Olympic Sport.Mike and Steve grew up on opposite coasts, but their shared love of skating (and a call from Stacy) brought them together. Now, Mike and Steve are in their 50s, and little has changed—they’re still great friends, they still skate together, and they’re still pushing each other to be better.The Bones Brigade was a make-shift family—a group of teenaged boys with Stacy as the father figure at the helm. Under Stacy’s mentorship, Mike and Steve turned pro at 15 years old, which meant traveling, competing in contests, and making videos. Juggling school and the demands of the sport was hard for both of them. Steve’s grades dipped, and Mike’s principal called his parents to reprimand him for missing too much class. But they knew what they wanted to do, and they were already earning a living. A good living.When The Bones Brigade hit their peak in the early '90s Mike and Steve were earning way more money than their parents, and traveling the world like rock stars. It gave them a perspective that few kids get, and it also solidified their identities forever, which caused both growing pains and afforded them a life of doing what they love to do.Mike and Steve’s other passion is Motocross, so you can understand why I like these guys. We get together most Mondays to ride dirt bikes at various motocross tracks around California, and as I result I have been afforded a unique perspective on how they approach fear, injury, aging, and passion. We get deep into those topics, and I come away with a new respect for them and a renewed desire to throw caution to the wind in pursuit of a life well lived.Mike and Steve join Off Camera to talk about accepting that suffering is part of the journey, the pressure that comes with creating new tricks, and how they hazed Tony Hawk when he joined the Bones Brigade. All I can say is, don’t ever accept gum from Mike and Steve. You don’t know where it’s been.