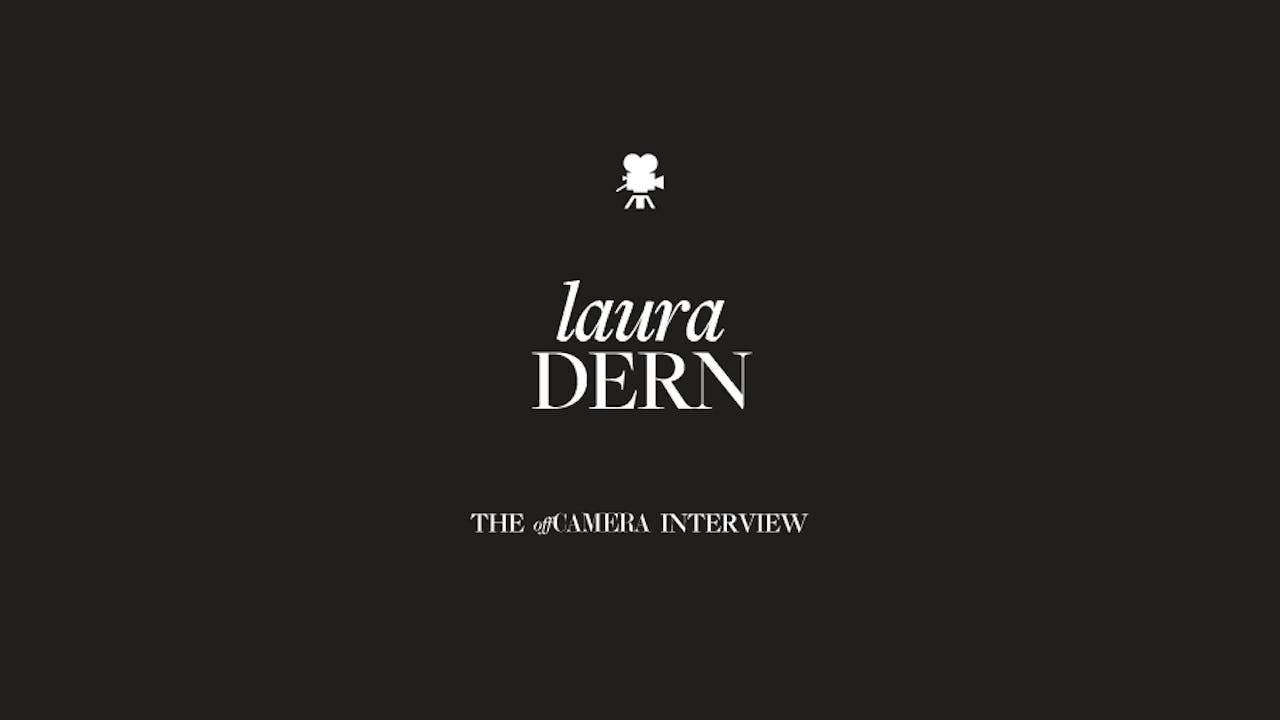 Any 7 year-old who inhales 19 ice cream cones in a row for her first movie appearance, arranges a clandestine meeting with an agent at 11 and inflates her age by an improbable 8 years to audition for the role of a 19 year old really wants to be an actress.

Maybe Laura Dern never really had a choice anyway. The daughter of acclaimed actors Bruce Dern and Diane Ladd was assured of her destiny by Martin Scorsese, who saw her future in the fact that she didn’t throw up the aforementioned ice cream cones.

He was right. Dern gives us complicated personalities whose often baffling behavior we somehow understand due to the firm and uncompromising grip she keeps on their humanity. It’s a rare ability to find in any actor. It’s a crucial ability for an actor whose carefully-selected projects started and largely remain with directors like David Lynch, Alexander Payne and Martha Coolidge, whose films aren’t widely populated by America’s sweetheart-type characters.

In this interview, she discusses what she’s endeavored to bring to some of her early roles in films like Foxes, Smooth Talk, Wild at Heart and Blue Velvet, and those films’ effect on her as a young actress growing into womanhood on camera. To understand her approach is to understand how the best in their craft can suck us into their characters’ psyche without our ever realizing we’re there. Dern also touches on some of her enviable mentors, age and sexuality in the movies, and getting closure on the wrap of her brilliant HBO series Enlightened.

Obviously and deeply in love with every aspect of film making, Dern is as fascinating to talk to as she is to watch; she’s the friend you’d want to stay up with all night for the most fun and interesting conversation. Off Camera apologizes in advance – this interview will leave you wanting more.