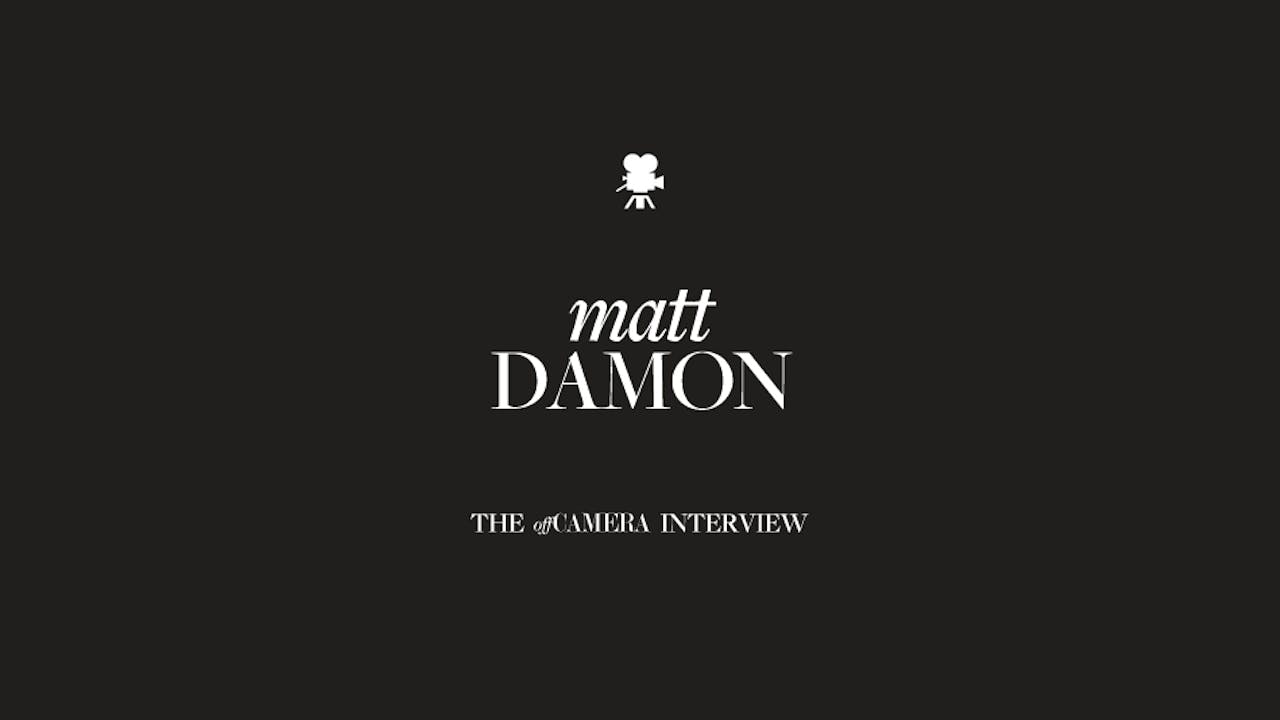 When a kid tells you he wants to be an actor and starts holding regular meetings in the high school cafeteria with his “business partner”, it’s kind of cute. When they establish a joint bank account to fund New York audition trips and the occasional arcade game, well, call it naïve. Unless you’re Matt Damon and said business partner is Ben Affleck. Then call it a no-plan-B, laser-like focus on a goal – one that spawned the Academy Award-winning script for Good Will Hunting. What started as an attempt to write themselves into acting jobs garnered Damon not only accolades, but also some early lessons about fame, career choices and the industry he was determined to be a part of. It also enrolled him in a 20-year, on-the-job-master class with the best filmmakers of our generation, including Martin Scorsese, the Coen brothers, Steven Spielberg, Clint Eastwood, Steven Soderbergh Francis Ford Coppola and Gus Van Sant. He’s used these opportunities, hard work, and his unflagging curiosity to develop a remarkably insightful approach to his craft. Along the way, he also developed an uncanny ability to disappear into any character and become someone believably different in every film. So what could possibly be next? Damon tells Off Camera why no matter what it is, it will be something that he absolutely loves.