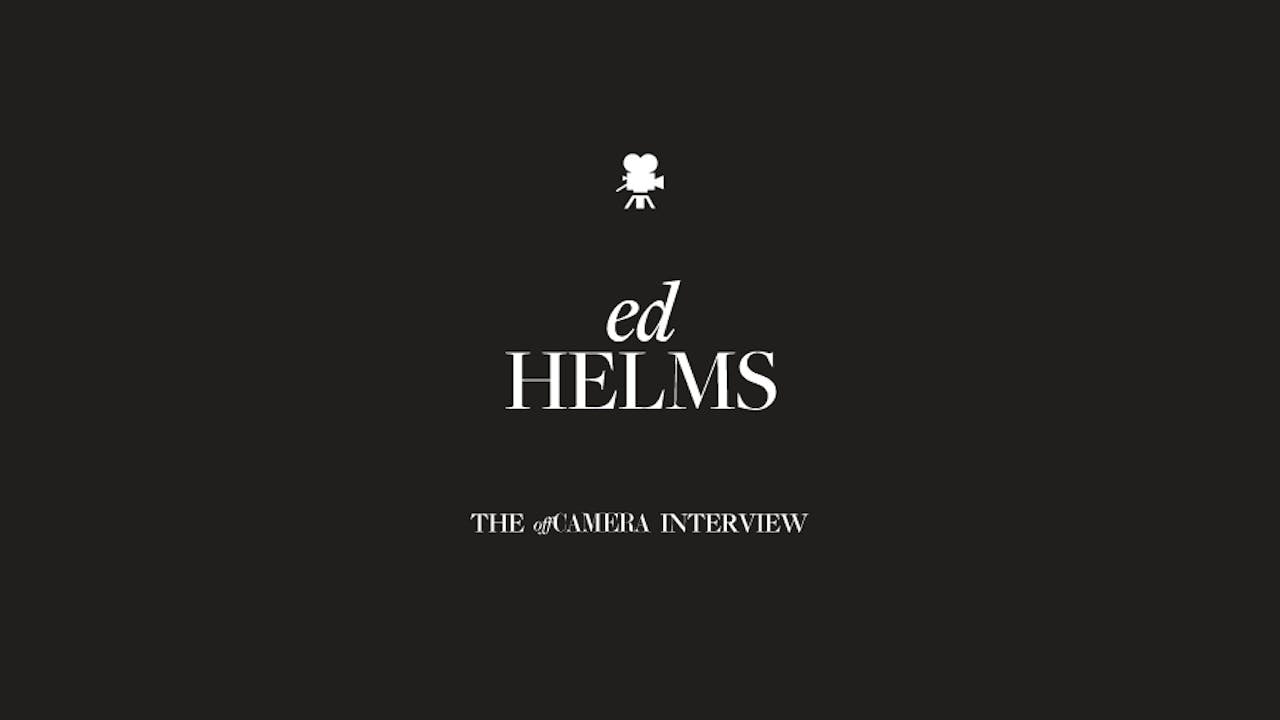 Editor, musician, actor, comedian – Ed Helms makes it all look easy. And for him, it kind of is. The secret? A supportive, if showbiz-ignorant family helps, as does a seemingly bottomless supply of self-confidence.

Helms left a happy, successful career as a commercial editor to take his chances in comedy with none of the attendant anxiety you’d expect with such a move. Why? He was just pretty sure he could do it. And he was right, landing at The Daily Show as one of its best writers and correspondents. As far as Helms was concerned, he was pretty much in his dream job when he was offered a role on The Office, but with no guarantees Andy Bernard would live beyond a couple of episodes. Risk an established career for what could easily be a rapid sitcom death? He figured he could do that, too.

And we all know how that worked out.

Helms talks to Off Camera about the arc of his career, his band (Andy Bernard’s mad banjo skills are real, kids), how The Hangover impacted his life and his rampant curiosity about, well, almost everything.

Don’t mistake Ed’s confidence for arrogance – chalk it up to his hard work and equal parts respect and disregard for fear. But mostly, this most happy fella simply loves every moment of what he does, whatever that happens to be at the moment. Which is probably why we do, too.