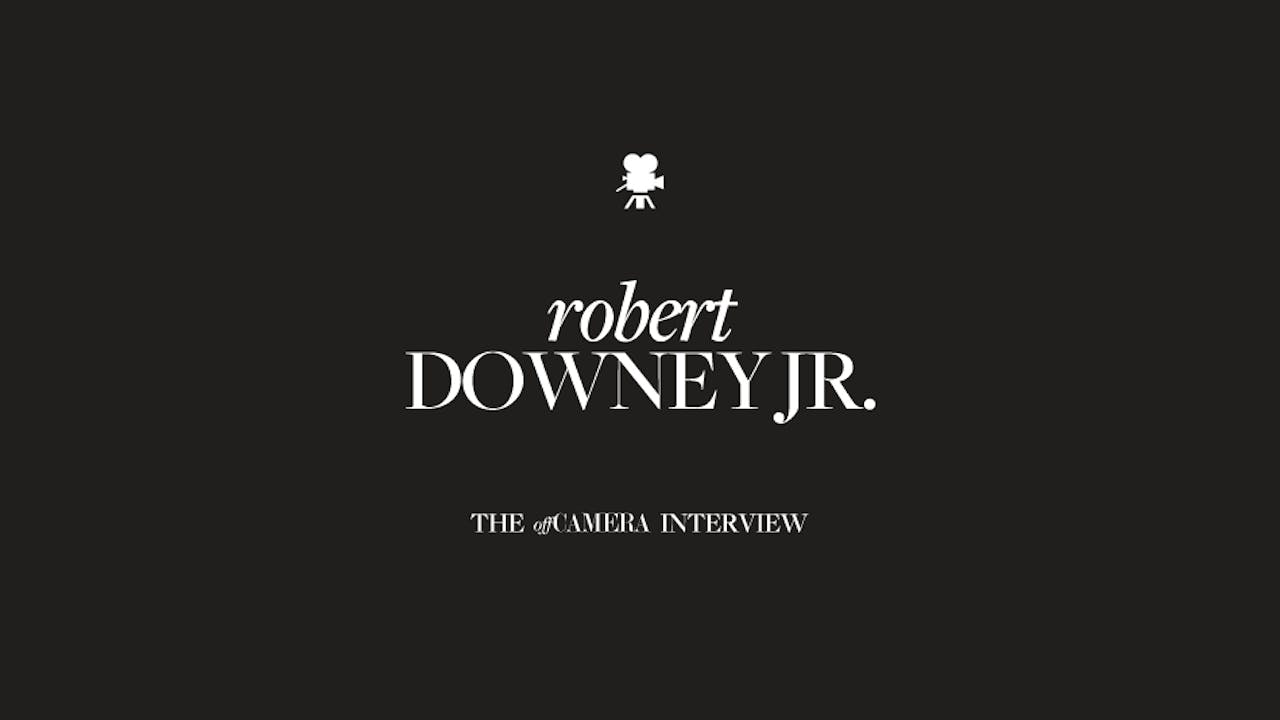 Moral certainty is always a sign of cultural inferiority. The more uncivilized the man, the surer he is that he knows precisely what is right and what is wrong. The truly civilized man is always skeptical and tolerant, in this field as in all others. His culture is based on ‘I am not too sure.’” -H.L. Mencken

Henry Louis Mencken and Robert Downey Jr. did not cross paths in life (though it’s fun to imagine that conversation), but the essayist’s quote is an apt description of the actor’s approach to life. Downey’s restless intelligence is reflected in his ability to express several contradictory points of view simultaneously, making sense all the while. He can be direct one moment and elusive the next, often spinning off on seemingly unrelated tangents. But like watching a juggler on a wire, being in Downey’s presence is a riveting experience.

For someone who almost from the outset was deemed “the greatest actor of his generation”, the majority of Robert Downey, Jr.’s career has been filled with big commercial flops, “critically acclaimed” flops, very public struggles with drugs and more than a little jail time – all of which have landed him squarely in some of the biggest blockbuster films in recent history. It’s an unlikely hero story, but then Robert Downey Jr. is an unlikely hero.

With the release of the final film in the Iron Man trilogy, it’s ironic to contemplate that the studios also didn’t see him as a hero, least of all an action hero. Downey disagreed. At once supremely convinced of his own talent and extremely humble, he fought hard for the role of Tony Stark when the studio flatly refused to even let him audition. He prepped intensely, though for other roles he admits he’s just as likely to wing it.

Downey is an enviably comfortable resident of the gray area we all inhabit. He is (somewhat) remorseful about his jail time but without resentment towards the upbringing that arguably introduced him to the lifestyle that led him there (“I choose to see it in a positive light.”) His years in the industry have left him clear-eyed and cynical about the business; yet he remains full of enthusiasm and curiosity about his art, and he’s deadly serious about bringing the best of himself to the set every day. He’s an obsessive analytic who’s inclined to let his gut make most of his decisions. On any multiple-choice personality test, Robert Downey Jr. is ‘all of the above.’ Maybe that’s what keeps us watching.