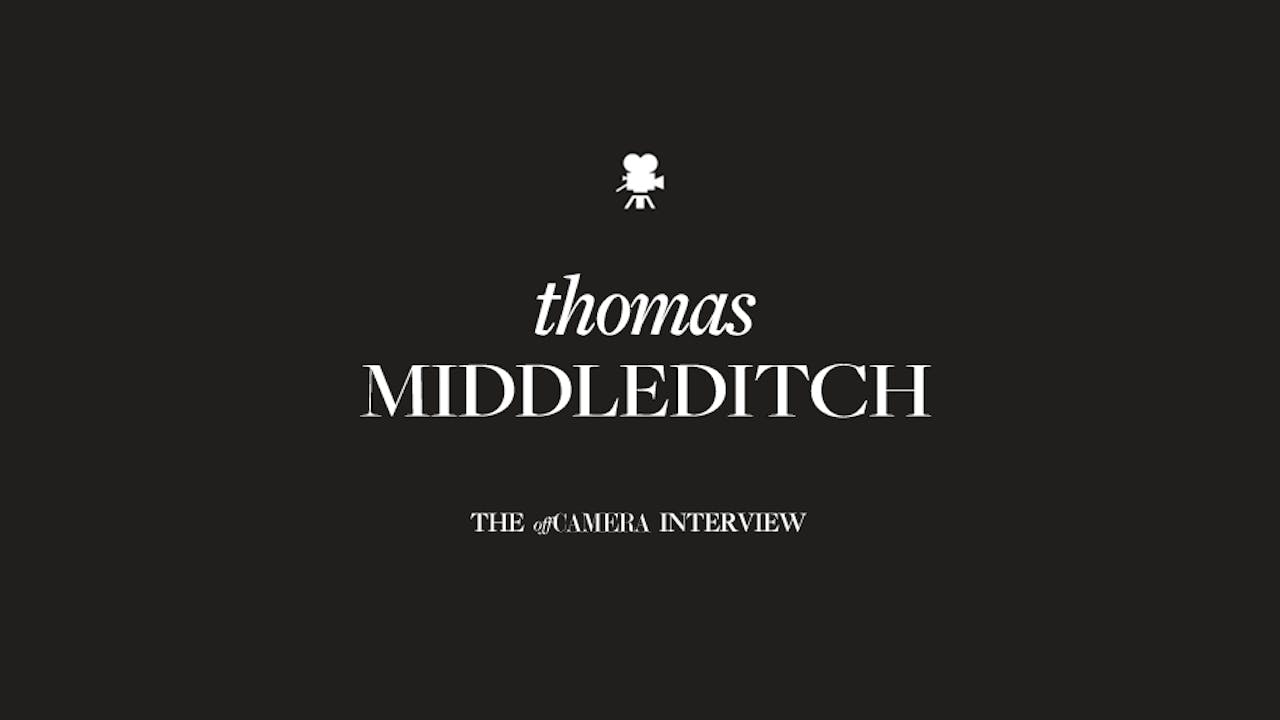 We really wanted in, just to see what goes on in there. The quick, pinging pinball machine that is Thomas Middleditch’s brain seems a veritable bouncy house of voices, characters and jokes that might spit you out exhausted and a bit queasy, but having thoroughly enjoyed the ride. Long before landing the lead on HBO’s Silicon Valley, he paid his dues in improv, sketch and standup, all while writing and making hopeful, hilarious use of the Internet. But Middleditch knows the most effective humor has bass notes of sadness, and his early years reverberated with them.

In our talk, he opens up about the effects of a rather lonely and picked-upon childhood. If he rebounded with a bit of arrogance, well, sometimes hubris is the only thing that keeps you going in the face of half-empty theaters and failed auditions. Looking back, he says he doesn’t regret a moment of his roundabout career path through the cafeterias, dog parks and high seas of comedy. To our followers, we extend an invite to board the Off Camera Fun Cruise with First Mate Tom Middleditch. To Darren Lindsay (wherever you are), we extend a kick in the arse.