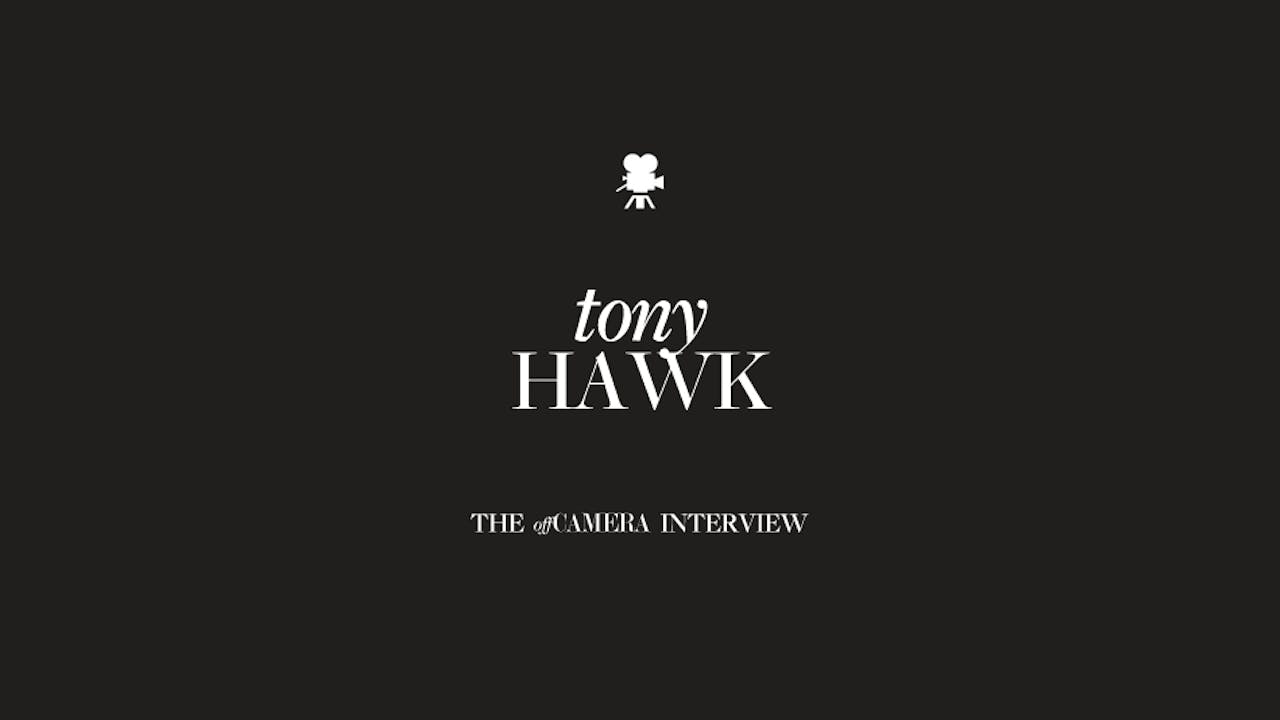 If pro skateboarders have resumes, Tony Hawk’s is undoubtedly among the longest and most envied. Though he’s the most decorated skater ever with the highest contest win percentage of any sport and a $1 billion video game series, Hawk has arguably given more to the sport than he’s received.

Watching Hawk skate is testament to creativity and artistry as much as athleticism, as is his autobiography, which required a glossary to catalog the tricks that are his legacy to the skateboarding lexicon. His Tony Hawk Foundation has contributed over $4 million to develop 500 skate parks around the world. He’s also been skating’s foremost advocate, promoting it through some of its darkest days (though smashing his pelvis while attempting a full loop dressed in a gorilla suit probably doesn’t count).

Hawk joins Off Camera to talk about the evolution of the sport from its scrappy underground beginnings to X Games behemoth. He shares his thoughts on the vital role of creativity and artistry in athletics and his continued love and commitment to the sport. Now a father of 4 that can still stick the most difficult tricks ever invented, we learn why at 44, he still makes his primary living on four wheels.