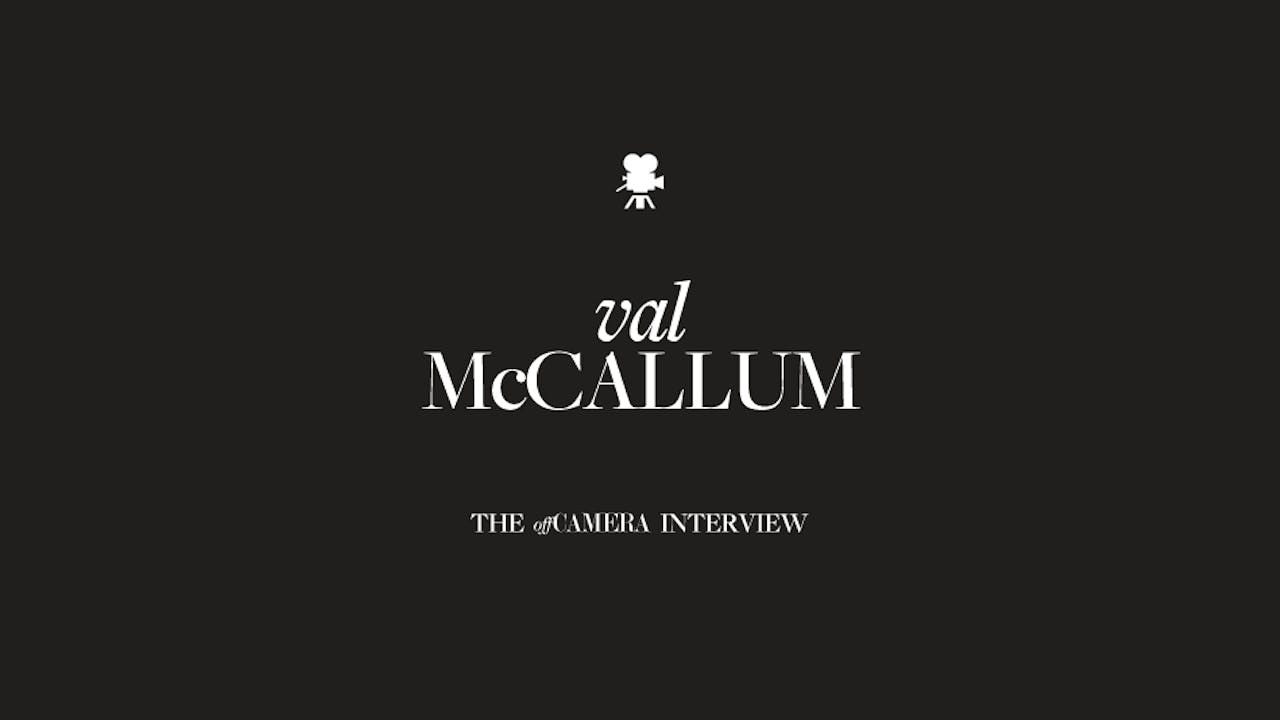 Whether or not you’ve heard of Val McCallum, you’ve undoubtedly heard his work. Val is a supremely talented guitarist, singer, songwriter and studio musician who got his start recording for the legendary songwriter Harry Nilsson at age 18. After 30 years of working with such artists as Jackson Browne, Lucinda Williams, The Wallflowers, Bonnie Raitt, and countless others, Val McCallum has released his first solo record. Entitled At the End of the Day, it is a collection of spare, acoustic and grippingly intimate songs.

We grabbed Val between stops on his current tour with Jackson Browne and gigs with his own wickedly humorous country band Jackshit, where he performs as alter ego Beau Shit along with bass player Davey Faragher and drummer Pete Thomas, who make their living as Elvis Costello’s rhythm section.

Val grew up in Los Angeles and is the son of actor David McCallum and actress Jill Ireland, but Ireland raised Val and his brothers Jason and Paul with Charles Bronson, who she married when Val was a young boy. Val discovered the guitar at age eight, and arguably hung on to it for dear life through some tough twists and turns, including the tragic death of his brother Jason and the loss of Ireland to cancer.

In “At The End of the Day,” Val opens these wounds and sings with touching candor about themes that are at once deeply personal and universally human. It’s a record about loss, grief and loneliness that somehow manages to create a mood of catharsis, promise and understanding.

Reminiscent of early Neil Young, Nick Drake and Crosby Stills and Nash, “At the End of the Day” is an achievement of understated beauty.

In this episode, Sam Jones talks to Val McCallum about his experiences making records with so many iconic artists, and about the process of making his own. So pull up a chair and listen in.